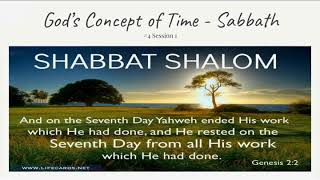 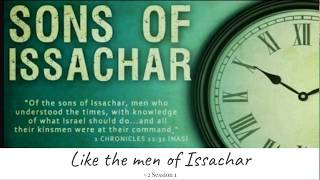 In our previous session, we saw how God’s greatest creation - mankind - became very bad with the Fall of Man. We then did a quick overview of the Kingdom of Man that emerged under the demonic influence of Satan - the Spirit of the Antichrist - which is opposed to the Kingdom of God led by the Holy Spirit - the Spirit of Christ. This demonic kingdom will ultimately bring together the State and Church in the end times in the form of an evil world power that will attempt to destroy Israel while the Church turns apostate and persecute those who remain faithful to Christ. The Bible speaks of a revived Roman-Babylonian Empire and Babylon the Prostitute to describe this evil end-time State and Church.

Let us now look at the key events from the time of Jesus’ departure and birth of the Church until His soon return on the Day of the Lord. Here, it is not wrong to say that we have been living in the LAST DAYS all this while since this entire 2,000-year period is literally 2 days - the Fifth and Sixth Days of Creation - before Jesus returns to usher in the Seventh or Sabbath Day rest of His Millennial Rule, according to what the Creation Account tells us. So what should we expect in these last days?

First, Jesus warned us that there would be deception, war, famine, and natural calamities and plagues, but that these were only “the beginning of birth pains.” These signs correspond to the opening of the first 4 Seals mentioned in Rev 6. When we take these signs together with the Fifth Seal concerning the persecution of the saints, we see that they are what the Old Testament prophets had foretold earlier as God’s way of disciplining His people and judging His enemies. As the Day of the Lord draws nearer, we can expect these events to happen more frequently and increase in severity but Jesus also cautioned us that we should not be alarmed, as such things must happen but the end was still to come. Unfortunately, over the past 2,000 years, many have pointed to these signs and cried wolf that Jesus was coming. As a result, many in the Church today are numbed and do not see the urgency of this message when God’s Rhema is finally telling us now that the end of the end times is indeed here! May we see and correctly understand the signs of the times as they are happening today.

Second, the persecution of the saints mentioned earlier is the other key feature of the last days. As the early Church writer Tertullian put it, “the blood of the martyrs is the seed of the Church.” Jesus had warned us of this on many occasions. Salvation may be a free gift of grace by faith, but it does not come cheap - Christ paid with His blood on the Cross and many of us will be called to do likewise. How different this Gospel sounds compared to what we hear among some churches today! At the opening of the Fifth Seal in Rev 6:9-11, John heard the cries for justice of those who had died for their faith. They were given white robes and told “to wait a little longer, until the full number of their fellow servants, their brothers and sisters, were killed just as they had been.” God is keeping count and is faithful to avenge them in His perfect time, when the full number of those who died for Him has come in.

Third, fullness of the Gentiles. This is different from the full number of those who died for their faith. We have already discussed before what the fullness of the Gentiles means. The point that I want to highlight here is that the fullness of the Gentiles, once reached, marks the end of the summer harvest, the Age of Grace or Church age, and the beginning of the 7-year Tribulation. Let me briefly explain - in a prophecy given to Daniel, we were told that the full cycle of God’s sacred time was made up of seventy ‘sevens’ or Weeks - here, one ‘seven’ or week refers to 7 years. This is made up of 69 Weeks from the time of the decree to rebuild Jerusalem in 444 BC until the time of Christ’s crucifixion in 33 AD, and a final 70th Week - the 7-year Tribulation. If we recall the Seven Feasts of God, the first 69 weeks ended with the Spring Feasts marking Jesus’ first coming and birth of the Church, while the 70th week will end with the Fall Feasts when Jesus returns. For the past 2,000 years, we have been living in that summer interval between the 69th and 70th weeks of Daniel’s prophecy. But once the fullness of the Gentiles is reached, the world harvest will end as God turns His attention back to Israel with the sealing of those Jews who belong to Him and to the final events that will take place before Jesus returns. There will be NO MORE Gentile harvest from this point on - as Jeremiah had so vividly described it in the verse above.

So what happens to the Church? As mentioned earlier, what awaits it is not a rapturous return to Christ but rather a rupturing of an unimaginable scale, resulting in widespread persecution of the true saints of God until the full number of those who are to die for their faith is in. Revelations speak of “a great multitude that no one could count, from every nation, tribe, people and language … who have come out of the great tribulation [through martyrdom]”; of how the dragon (Satan) would wage war against “those who keep God’s commands and hold fast their testimony about Jesus”; how the beast (Antichrist) “was given power to wage war against God’s holy people and to conquer them”; how Babylon the Prostitute (apostate church) “was drunk with the blood of God’s holy people, the blood of those who bore testimony to Jesus”; and therefore how “this calls for patient endurance and faithfulness on the part of God’s people … [for] Blessed are the dead who die in the Lord from now on.”