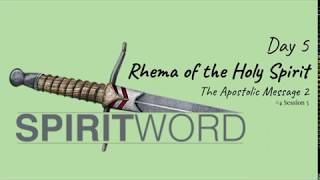 In our last session, we saw the importance of kingship, love and obedience in the kingdom life of God’s nation and His people. When we examine Israel’s history from the time of Yehoshua (Joshua) to Yeshua (Jesus), we find that failure in precisely these areas was what ultimately led to the country’s downfall.

It didn’t start out this way though. Following the Exodus and wilderness years, we are told that the Israelites under Joshua served God all the days of their lives (Jos 24:31).

However, when a new generation arose, they neither knew God nor what He had done for Israel. Because they did not acknowledge Him as King and instead worshipped the idols of the peoples around them, God disciplined the Israelites by allowing their enemies to force them to a point of repentance. Each time they cried out to God for help, He was faithful to raise up a judge or leader to deliver them and give them rest from their enemies. The people would remain faithful until that judge died, and then a new generation would arise to repeat this vicious cycle. The book of Judges summed it up with this statement - “In those days Israel had no king; everyone did as they saw fit” (Judg 17:6, 18:1, 19:1, 21:25).

Despite three centuries of going through the same cycle of idolatry, oppression, repentance and deliverance, the Israelites still did not acknowledge God as their True King; instead, they longed to be like the nations around them and demanded for a human king.

Israel existed as one united kingdom for 120 years and reached its peak in the early years of King Solomon’s rule. When Solomon completed the First Temple in Jerusalem in AM 3000 - the start of Day 4 or the Fourth Millennium - Israel was finally fully equipped to serve as the lesser light drawing all nations to worship God on His holy mountain. But this was not to be. Unlike his father David who was after God’s own heart, Solomon loved women more than he loved God. This eventually led to idolatry with disastrous consequences for the nation. Israel will only recover its former glory when Jesus returns to rule from Mt Zion during the Millennium.

But for now, the once united and powerful kingdom became divided and severely weakened after Solomon’s death. Both the Northern Kingdom of Israel and the Southern Kingdom of Judah became vulnerable to foreign powers, tempted to make compromises and fell into idolatry, corruption and injustice. And as we will see later on, both rejected the warnings of the Prophets.

God eventually punished both kingdoms and exiled the Israelites for their sins - the Northern Kingdom of Israel to Assyria in 722 BC, and Judah to Babylon in 586 BC. As mentioned before, the land rested for 70 years during the Babylonian exile to make up for all the years that Israel did not keep the Sabbatical and Jubilee cycles. God disciplined Israel but also set a definite time frame after which He would restore His people according to His mercy and faithfulness, and deal with His enemies according to His holiness and righteousness.

So, in His Kairos in 538 BC, God released His Rhema - amazingly, through a pagan king, Cyrus - who issued a proclamation allowing the Jews to return to the Promised Land to rebuild Jerusalem and the Temple.

And, in His Kairos about 530-odd years after that, God Himself would come to His people as a man, the Logos Word made flesh, Jesus, the Messiah and Greater Light, Lord and Saviour of the World.